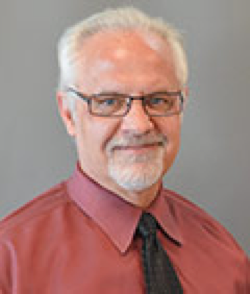 He obtained his PhD in Psychology, from an APA accredited program at Denver University in 1990, a MA degree from Stephen F. Austin State University, and a BA from the University of Nebraska Lincoln.

Dr. Norton completed an one year accredited internship at the U.S. Medical Center for Federal Prisoners, Federal Bureau of Prisons, in Springfield MO. He then began working as a psychologist at the Federal Bureau of Prisons in Rochester MN. Dr. Norton was employed at this position for 12 years; conducting court ordered Forensic evaluations, providing psychological interventions and therapy for the offender population, serving as Training Director for internship and practicum students, and conducting extensive training for correctional staff. He was a member of the Bureau of Prisons Hostage Negotiation Team.

In 2001, Dr. Norton began a fulltime solo private practice in Rochester, specializing in Law Enforcement, Correctional, and Forensic psychology. He has conducted over 900 criminal and civil forensic evaluations for various county and federal courts. He provides psychological evaluations for county and federal parole/probation departments, worked on a part-time basis for the Olmsted County Adult Detention Center in Rochester MN for nearly 10 years, and for several years on an occasional contracting basis for the MN Department of Corrections. 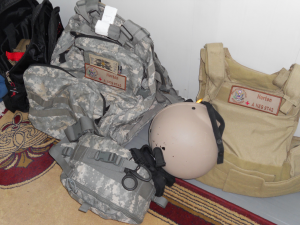 Since 2005, Dr. Norton has conducted pre-employment evaluations, participates in ongoing telephone consultation for returning officers, completed a two-week tour of duty in Baghdad Iraq and a one week tours in Amman Jordan twice, Kuwait City twice, Mexico City, and Ramallah Palestine, all with an international police agency which deploys law enforcement officers to Iraq, Afghanistan, and other conflict areas. This work entails suitability for deployment assessments of over 800 officers and a number of Fitness for Duty evaluations. Fitness for Duty evaluations have been conducted both in-country and in the U.S. Dr. Norton has also provided training presentations on stress management for officers deployed to hostile duty stations. 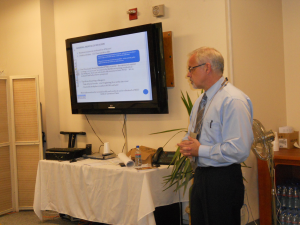 Dr. Norton has presented several workshops and training seminars on a local and national basis. Most recently training on Critical Incident Stress Debriefings for Law Enforcement, Intervention Techniques with Suicidal Suspects, Stress Management for Law Enforcement, Criminal Personality, and Management of Mentally Ill Offenders. He has published articles on a variety of topics in correctional and law enforcement psychology. Dr. Norton has a developed sub-specialty in Hostage Negotiation Training and Consultation, with published articles, training and consultation for local law enforcement, correctional, and FBI officers.

Dr. Norton is an Adjunct Associate Professor at St. Mary’s University, teaching primarily Psychological Assessment, Correctional Psychology, Law and Psychology, plus thesis advising and was the previous practicum coordinator, holding the position with St. Mary’s since 1991. Dr. Norton was a professor at Argosy University-Twin Cities Campus, teaching courses in Correctional Psychology, Hostage Negotiation, Psychology and Law, and Police Psychology. He was the Executive Director for the Mental Health in Corrections Conference for three years, and was the President for APA Division 18, Psychologists in Public Service, for the year 2010-2011.

From August 2011 to September 2012, Dr. Norton was recruited to become the first psychologist ever posted to the U.S. Embassy, Kabul Afghanistan, employed with the Department of State. During this one year tour of duty, Dr. Norton provided psychological services to U.S. Embassy civilian personnel and on occasion to U.S. military staff. These services ranged from general counseling to assist in managing working and living in a high threat post, critical incident stress debriefings, training on pre and post deployment stress, and training on a variety of other psychological issues. Dr. Norton provided regular consultation and services to Diplomatic Security agents, International Narcotics and Law Enforcement staff, the Personnel/Captive Recovery agency, Department of Homeland Security personnel, and Customs/Border Patrol agents. Dr. Norton traveled via helicopter to many of the Forward Operating Bases (FOB) throughout Afghanistan providing outreach psychological services and emergency counseling immediately following attacks occurring on these bases. During his tour of duty, he received a Meritorious Honor Award for his work.